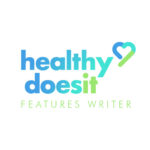 Take two: what you wanted to know about fish oils and kombucha

You’ve been writing in to ask us about products.

We asked two health store staff to explain in no more than two minutes…GO!

When people come into store they usually have an idea that they want a fish oil or a Cod Liver Oil. It’s important to know which, as the nutrient profiles of both are quite different, with ‘fish oil’ having a higher percentage of omega 3 essential fatty acids, and cod liver oil having a natural amount of vitamins A and D. This is important, as some people might be on formulations already containing vitamin A or D, and there are upper safe limits, so they should be mindful of this. The way that the formulation is taken is also really important, as some people prefer liquids to capsules. Some fish oils are really strong-tasting, and others are flavoured with citrus or berries, for example. There is usually a formulation that suits, if time is taken to choose carefully.

First of all. The name. Once you know, you know.  Often, those wanting kombucha have read up a little about it, knowing it’s a fermented tea that’s often chosen for gut health. But you might not know about some of the terms around it. Once, someone came in with a BBC feature which said ‘Make sure you follow the instructions that come with your scoby’. She had no idea what a scoby is – a thick, rubbery mass that aids fermentation. My initial experience with Kombucha back in the Eighties was of a  product that was quite difficult to sell as nobody really understood it’s benefits and it often exploded on our shelves!!  She went out with bottled Kombucha. Many people are trying it since research showed that fermented products can help to increase the diversity and numbers of helpful bacteria in the digestive tract. It became really popular, alongside Kefir and pickled products such as sauerkraut. We’re not used to eating these in a typical Western diet, so adding them in doesn’t just help gut health, it can open your tastebuds to new flavours too – not to mention new dishes.

Sleep and the Menopause