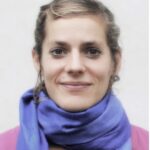 What about Vitamin D?

Vitamin D (also referred to as “calciferol”) is a fat-soluble vitamin that isn’t your usual vitamin because the body can make it (with a little bit of help from the sun) and because it’s is a hormone, a chemical messenger within many body systems.

Vitamin D is well known for its part in calcium absorption and bone health, and in the past year, it received much attention for its crucial role in immune health. Studies have shown that low levels have been associated with cardiovascular and diabetes. And it doesn’t stop there! Vitamin D does so much more.

Have you heard about different forms of vitamin D?  It’s useful to know about them, as these can be found in different nutritional supplements.

There is Vitamin D2 (ergocalciferol), which is plant-derived or from synthetic sources. And Vitamin D3 (cholecalciferol) from our skin or animal source. Supplemental D3 is often from lanolin in sheep’s wool or a vegan-friendly version is made from lichen.

Vitamin D3 is largely thought to be better at getting into the blood than D2.

Are you getting enough?

Vitamin D is produced in our skin, upon exposure to sunlight, or specifically the UVB rays. This is the main source of Vitamin D for the vast majority of people.

The problem with our main source of Vitamin D, being the skin and sunlight, is that it is influenced by many factors such as skin pigmentation, sunscreen and latitude.

In countries of higher latitude the sun is not strong enough all year round to allow for sufficient Vitamin D synthesise. In the United Kingdom this is the case for a good part of the year, from September-April. Therefore, deficiencies rates in these areas are often high.

If you’re looking for vitamin D from foods, there are a few excellent foods to turn to.

Vegan’s can also get vitamin D (D2 to be precise) from mushrooms and it’s worthwhile checking levels in different varieties as amounts can vary depending on the their cultivation and processing. Exposing mushrooms to sunlight for a few hours or drying them in sunlight has shown to increase Vitamin D2 content.

Even though we can find Vitamin D in some foods, for most people dietary intake alone is not enough.

So to help keep intakes up, when daylight hours are low, or if people are spending more time indoors, the government recommends a supplement of 10micrograms daily or 400IU (International Units). Although the safe level for those who are self-supplementing is 75micrograms daily or 3000IU.

If you’re taking different nutritional formulations, it’s good to check this, and don’t forget – if you’re visiting a practitioner and you’ve had a thorough assessment with them, they might recommend more, under supervision.