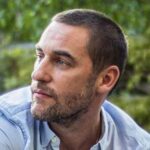 The vegan diet is the strictest form of plant-based eating which excludes all foods of animal origin including meat, fish and dairy. Adopting this way of eating may seem daunting to begin with but it doesn’t have to be as there are many ways to adapt everyday meals to make them purely plant based.

Here are ten basic food swaps every new vegan needs to know about. These adaptations offer a way of replicating taste and texture while also ensuring nutrient intake.

Mince beef is a commonly used ingredient to make many household meals such as Bolognese sauce, cottage pie and chilli. As an alternative, legumes (beans, pulses and lentils) are a great option and there are plenty to choose from. Black beans, red kidney beans and chickpeas have a firmer texture than other legumes making them a good substitute for minced beef. Legumes also offer a good source of protein and other nutrients such as zinc and iron which are found in beef mince.

Mayonnaise is commonly used as a spread, dip or part of a salad dressing. Whipping avocado in a food processor with a little lemon juice and salt gives it the rich and creamy consistency of mayonnaise. This alternative is rich in heart health monounsaturated fats and other key nutrients such as vitamin E, magnesium and potassium.

Newbies to veganism may find excluding meat tricky and not just for the taste and texture but also trying to get to grips with what to cook. Vegan Quorn has a similar texture to chicken and can easily be replaced in recipes such as stir-fry, curries, tagines and salads. Vegan Quorn is also a good source of protein and contains other nutrients such as zinc which are found in chicken.

Anyone new to veganism will undoubtably have to find their preferred plant-based alternative to milk as this is an everyday food used in hot beverages and served with breakfast cereals. There are lots to choose from and some may be better than other depending on how you use them. Soya milk has more protein than the other options but oat milk comes the closest to dairy in terms of texture and creaminess. Nut milks are another option but they do tend to be quite watery. Whatever your choose, always opt for unsweetened varieties and those fortified with nutrients including calcium and vitamins D and B12.

I think it’s safe to say most non-vegans love cheese and it’s probably one of the foods the miss most when adopting this diet.  Cheese has a very savoury taste rich in umami (the fifth taste) and this can be replicated by using nutritional yeast. Nutritional yeast also has a very savoury flavour and can be used to sprinkle over dishes (like parmesan) such as soups, pizza and pasta or added to salad dressings. Nutritional yeast is also fortified with vitamin B12 which is important for vegans as it is hard to obtain from plant foods.

Tofu is a great alternative for eggs at breakfast as it can be scrambled in the pan with spices and chopped vegetables. Like eggs, tofu is a good source of protein and contains key nutrients such as calcium, iron and magnesium. However, tofu is not going to work when you’re baking a vegan cake. You can combine 1 tbsp flaxseed (ground) with 2 ½ tbsp water to make a flax egg to replace chicken eggs.

There are a few foods that new vegans often don’t realise are not vegan friendly and one of those is honey but there are plenty of other sweeteners to use in its place. The closest in terms of taste is agave which can be used in the same way. Other sweeteners include date syrup or maple syrup which have a more intense flavour. Sweeteners in whatever form are still sugar so try to use sparingly.

Hummus is a great replacement for butter If you’re wondering what to spread on your toast or in your sandwiches. This spreadable dip adds lots of flavour to sandwiches and has the richness of butter. There are many health benefits to his food swap as hummus contains some protein and is also rich in key nutrients including iron, calcium, magnesium and vitamin B6.

Pulled pork has become popular over the years and is used to create meals such as wraps and sandwiches. You can recreate the texture of pulled pork buy using jackfruit which tear into shreds. If you are using fresh then choose a young fruit as the white pith is quite flavourless making it a blank canvas for your chosen spices and marinades. You can also use canned jackfruit.

There are lots of options here and choice is likely to do with taste. Soya yoghurt comes in lots of flavours and like milk is higher in protein than the other options. Coconut milk yoghurt is delicious but go easy as it is quite calorific and very rich. Another option is oat yoghurt which has a lovely taste and texture.  Try to choose an option which is fortified with nutrients such as calcium and vitamins B12 and D.

There are just a few of many food swaps you can use to help you when adopting the vegan diet. Try these examples to start with and once you get into the flow of things you will discover other vegan swaps to suit your taste and style of cooking.