Vitamin D – why every woman needs it 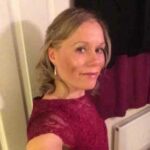 Vitamin D is well-known as an important role by regulating our immune response. Supporting our immune system can help protects us against disease including viruses. However, did you know that this fat-soluble vitamin is really important for female health. There are three potential ways that it can support women’s health such as:

Our immune response can be affected by low levels of vitamin D by causing our body to go into a pro-inflammatory state which may cause cytokine production. Cytokine production can negatively affect our immune system, inflammation and our body creating new blood cells, it is like a domino effect!

Our body makes most of our vitamin D in reaction to sunlight due to the suns ultraviolet B (UVB) rays from about late March to end of September. However, between October and early March we do not generally get enough direct sunlight because the UV radiation is not strong enough. It is worth noting there are certain populations in female health who do not absorb as much vitamin D through sunlight such as:

In March, Public Health England updates their guidance on Vitamin D supplementation, keeping the same level at 10micrograms, but now saying that it was relevant for ‘everyone’ as lockdown began. Now researchers studying the effect of vitamin D on immune function are recommending that people supplement at higher levels, so it would be worthwhile speaking with a nutritional practitioner about what level of vitamin D might be suitable for you.  Up to 75micrograms daily is safe.

Other sources of vitamin D can be found in foods such as:

Deficiency of Vitamin D can be due to poor dietary intake or if you follow a Vegan or vegetarian diet. Vegan and vegetarian diets are becoming increasing popular within the UK and it can be challenging on ensuring enough vitamin D is consumed through the diet as it can only be really found in fortified foods such as cereal, fruit juices or plant based milks such as rice and soya. The current research suggests vitamin D levels are significantly lower in vegan diets compared to vegetarians and omnivores.

How do you know if you are vitamin D deficient?

Signs and symptoms of vitamin D deficiency can be weak bones, depression, fatigue, hair loss, slow wound healing and weakened immune system. You can also get a simple vitamin D test to test your levels before supplementing to ensure you are getting the right dose for you.